American actress, singer and entertainer who portrayed slain Tejana singer Selena Quintanilla Perez in Selena (1997), a film based on the true story of the Tejano singer, Selena Quintanilla-Perez, who was murdered on her way to mainstream stardom. The film was a commercial and critical success and is often cited by critics as Lopez’s breakout role. She received a Golden Globe nomination and became the first Latin actress to earn over US$1 million for a film. Lopez’s other notable film appearances include: Maid in Manhattan, Anaconda, Out of Sight, Monster-in-Law, Hustlers, The Cell, and An Unfinished Life. Lopez released her debut album, On the 6, in June 1999, followed by her second album, J.Lo in 2001, her most successful album to date. Her best known songs include “Waiting for Tonight,” “No Me Ames,” “If You Had My Love,” “Feelin’ So Good,” “Let’s Get Loud,” “Love Don’t Cost a Thing” and “Jenny from the Block.” She has also collaborated with other recording artists on their respective albums. She became a judge on American Idol in season 11 in 2011. Born Jennifer Lynn Lopez on July 24, 1969 in Castle Hill, New York, to Puerto Rican parents Guadalupe Rodríguez and David López, she has an older sister named Leslie, and a younger sister named Lynda, a journalist. Lopez made her acting debut at age 16 with a small role in the 1986 film My Little Boy. She has been married three times and has two children. 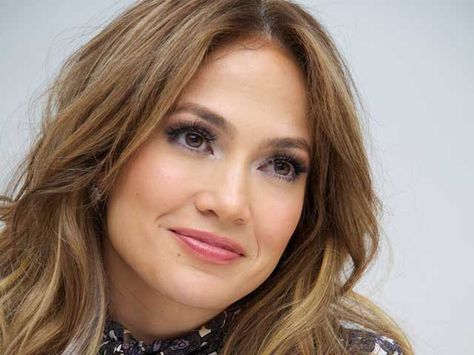 Jennifer Lopez Facts:
*She was born on July 24, 1969 in Castle Hill, New York, USA.
*Both her parents are Puerto Rican.
*She started her career as a dancer, appearing in stage musicals and various music videos.
*In 1997, she starred in the film Selena.
*People Magazine named her one of the top 50 Most Beautiful People in the World in 1997 and 2011.
*She made her chart debut in May 1999 with “If You Had My Love”, which topped the charts in six countries, including the United States.
*In June 1999, she released her debut Latin pop album, On the 6, which went 6 x platinum.
*She is close friends with Leah Remini.
*She does not drink alcohol.
*Visit her official website: www.jenniferlopez.com
*Follow her on Twitter, SoundCloud, YouTube, Facebook and Instagram.