English rock and blues guitarist, singer, and songwriter who is considered one of the world’s best guitarists. Clapton was a part of The Yardbirds, Derek and the Dominos, and Cream, before launching a solo career. His notable hit songs include “Tears in Heaven”, “Layla,” “Crossroads” and “Wonderful Tonight.” Rolling Stone magazine ranked him number 2 on its list of Greatest Guitarists of All Time in 2003. 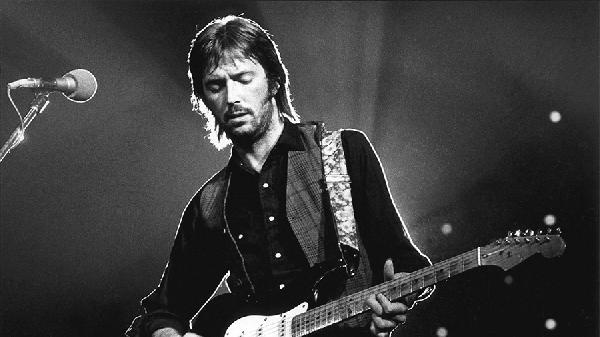 Eric Clapton Facts:
*He was born on March 30, 1945 in Ripley, UK.
*His mother, Patricia, was sixteen-year-old at the time of his birth.
*His four-year-old son Conor, fell from a window of a 53rd-floor New York apartment owned by his mother’s friend on March 20 1991.
*He is widely considered to be one of the greatest rock ‘n’ roll guitarists of all time.
*He designed stained glass windows before becoming a musician.
*His guitars of choice include a Fender Stratocaster and a Gibson Les Paul Standard.
*He was on the short list of guitarists to replace Brian Jones in The Rolling Stones.
*He cites Muddy Waters, Freddie King, Buddy Guy, B.B. King, Albert King, and Hubert Sumlin as guitar playing influences.
*He enjoys Mixed Martial Arts.
*He also enjoys fishing at Eastlodge fishing.
*He has been married to Ben Stiller since January 1, 2002. They have three children. He was previously married to Pattie Boyd from 1979 to 1988.
*Visit his official website: www.ericclapton.com
*Follow him on Twitter, YouTube, Facebook and Instagram.