Erica Dasher is an American actress. She is best known for starring as Jane Quimby in the ABC Family series Jane by Design and as Alana Maynor in the go90 series, Guidance. She played Madison in The WB Television Network web series The Lake (2009). Born on October 27, 1986 in Houston, Texas, she has a younger sister. Dasher did her schooling from The Village School Westside High School, and went to study theater at the University of Southern California with the intention of directing and producing. 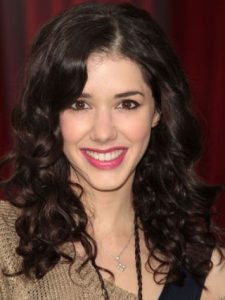 Erica Dasher Facts:
*She was born on October 27, 1986 in Houston, Texas, USA.
*She graduated in 2004 from Westside High School.
*She played Jane Quimby in the ABC Family series Jane By Design.
*She co-founded the production company Not Just Dead Bodies in 2007, along with Sami Kriegstein.
*In 2008, Dasher worked as a production assistant on the film Reservations.
*Follow her on Facebook and Instagram.