Kayvan Novak is an English actor, voice artist and comedian, best known for co-creating and starring in the comedy series Fonejacker from 2006 to 2008 with a one-off in 2012, for which he earned a BAFTA Television Award for Best Comedy (Programme or Series) in 2008. He played Waj in the 2010 comedy film Four Lions and the vampire “Nandor the Relentless” in the critically acclaimed mockumentary series What We Do in the Shadows. Novak voiced Brains in ITV’s remake of Gerry Anderson’s puppet series Thunderbirds Are Go (2015–2020). Novak’s other notable works include Facejacker, SunTrap, Danger Mouse, and Sirens. Born on November 23, 1978 in Cricklewood, London, United Kingdom, to Iranian parents, he was educated at Highgate School and the Fine Arts College in Hampstead, and attended the Webber Douglas Academy of Dramatic Art. He has been in a relationship with Talitha Stone. 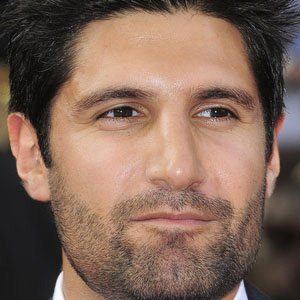 Kayvan Novak Facts:
*He was born on November 23, 1978 in Cricklewood, London, United Kingdom.
*He began his career on television in 2002, appearing the shows The American Embassy, Judge John Deed, and Family Affairs.
*For his work in the movie Four Lions, he won the award for Best Comedy Performance in a British Film at the 2010 British Comedy Awards.
*Follow him on Instagram.