Erica Mena is an American television personality, actress, writer and Hip hop singer, best known for her appearances on Love & Hip Hop: New York. She is also known for her recurring role on Kourtney and Khloe Take Miami: Season 2. Mena has appeared in the music videos for Lil Wayne, Chris Brown, and Bobby Valentino. As a writer, Mena has wrote the books Chronicles of a Confirmed Bachelorette and Underneath It All. Born Erica Jasmin Mena on November 8, 1987 in The Bronx, New York, to parents Sonia and Brian Mena, Erica belongs to both Puerto Rican and Dominican descent. She was raised by her older sister, Lisa Mean. She has been married to Safaree Samuels since October 7, 2019. On February 2, 2020, the couple welcomed their daughter. She also has a son, King Javien Conde with ex-boyfriend, Raul Conde. 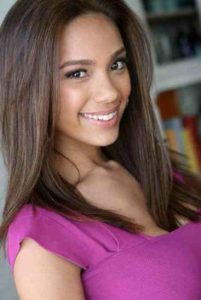 Erica Mena Facts:
*She was born on November 8, 1987 in The Bronx, New York, USA.
*She began modeling in her first print ads at age 14.
*She won the MTV ‘Jennifer Lopez Look-Alike’ contest at age 14.
*She appeared on the second season of VH1’s show Love & Hip Hop: New York
*She has written two books titled Chronicles of a Confirmed Bachelorette and Underneath It All.
*She was once engaged to Bow Wow.
*She is openly bisexual.
*Visit her official website: www.iamericamena.com
*Follow her on Twitter and Instagram.