Erin Daniels is an American actress. She is best known for portraying Dana Fairbanks on the Showtime drama series The L Word from 2004 to 2007. She is also known for her roles in television, such as Action, Saving Grace, Law & Order, Big Shots, Jericho, Dexter, Justice, CSI and Swingtown, and in the films House of 1000 Corpses, A Single Man and One Hour Photo. Born Erin Cohen on October 9, 1972 in St. Louis, Missouri, USA, she was raised in a Jewish family. Her mother was a clinical social worker and her father was an architect. She was educated at Clayton High School and Vassar College. In 2009, she married producer Chris Uettwiller with whom she has two children. 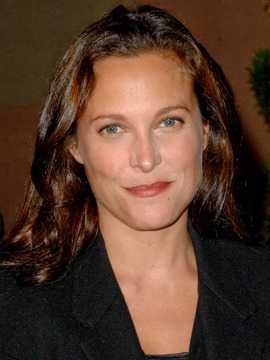 Erin Daniels Facts:
*She was born on October 9, 1972 in St. Louis, Missouri, USA.
*She is of Jewish descent.
*During high school, she was an avid Speech and Debate competitor.
*She was a gymnast in her youth.
*Throughout her younger years, she wanted to be either a furniture designer or archaeologist.
*She studied art at Vassar College.
*She can play the piano.
*She speaks French fluently.
*She is friends with Clementine Ford.
*She has two dogs named Max and Henry (2006).
*She is allergic to cats.
*Follow her on Twitter and Instagram.