Isabelle Fuhrman is an American actress. She is best known for her roles as Esther in the 2009 psychological horror film Orphan, and Clove in the 2012 American science fiction-adventure film The Hunger Games. She also had recurring role as Tessa Johnson in the Showtime period drama series Masters of Sex (2015). Born on February 25, 1997 in Washington, USA, to parents Elina and Nick Fuhrman, she was raised in Atlanta, Georgia. She has one older sister named Madeline. She started her acting career at the age of seven. She is a 2015 graduate of Stanford University Online High School. Fuhrman also studied at Buckley School and RADA and briefly attended The Westminster Schools in Atlanta, Georgia. 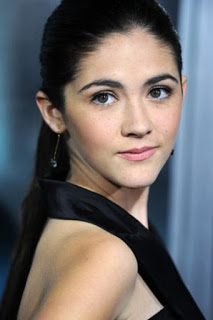 Isabelle Fuhrman Facts:
*She was born on February 25, 1997 in Washington, District of Columbia, USA.
*Her mother, Elina, emigrated from Soviet Russia and has worked for CNN and her father, Nick, is a former politician.
*She is of Russian Jewish descent.
*Her older sister, Madeline Fuhrman, is a singer-songwriter.
*She has appeared in various magazines such as Vanity Fair, Teen Vogue, Nylon, Marie Claire, V, H, Bust and Last magazine.
*She can play the guitar and sings.
*She is friends with Joel Courtney, Alexander Ludwig and Colin Ford.
*She is a fan of The Beatles.
*She has two pet dogs named Jennings and Lilly.
*Follow her on Twitter, Facebook and Instagram.