Evan Gamble is an American actor and musician. He is best known for his portrayal of Henry Wattles on The CW’s fantasy drama The Vampire Diaries, and for his role as Len Perry in the television series Deadwax. Evan has also appeared in Girl, Positive, Brotherhood, Beta, Meanwhile…, A Good Day, Criminal Minds, Alamo Gold, Drop Dead Diva, and Criminal Damage. Born on July 28, 1981 in Texas, he started taking piano lessons at the age of five. He graduated from University of Texas with a Bachelor of Arts degree in advertising. His first television appearance was in 2006 in minor role on the series Prison Break. 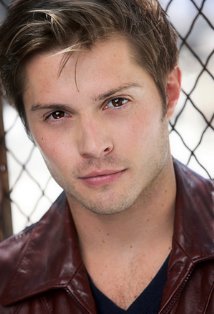 Evan Gamble Facts:
*He was born on July 28, 1981 in Houston, Texas, USA.
*He completed a BA in advertising at the University of Texas.
*In addition to acting, he is also an accomplished guitarist, singer and songwriter.
*He released his EP Earthpunch in 2012.
*Visit his official website: www.theevangamble.com
*Follow him on Twitter, Facebook and Instagram.