Natalie Alyn Lind is an American actress who starred as Lauren Strucker in Fox’s The Gifted and had recurring roles as Dana Caldwell in The Goldbergs and Silver St. Cloud in Gotham. She has also appeared as a guest-star in several television series such as Criminal Minds, iCarly, Wizards of Waverly Place, and Flashpoint. Born on June 21, 1999 in Toronto, to Barbara Alyn Woods, an actress, and John Lind, a producer, she is the oldest of three children. Her two younger sisters, Emily and Alyvia, are also actresses. She made her television debut at the age of 6, appearing in an episode of her mother’s series, One Tree Hill. She dated actor Aramis Knight from 2015 to 2017. 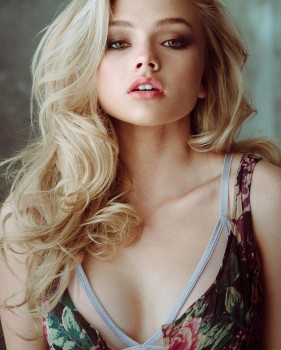 Natalie Alyn Lind Facts:
*She was born on June 21, 1999 in Toronto.
*She is the oldest of three children to producer John Lind and actress Barbara Alyn Woods.
*She made her acting debut at the age of 6 in the TV series, One Tree Hill.
*She made her film debut in the 2010 American drama movie, Blood Done Sign My Name.
*Follow her on Twitter and Instagram.