American actress, dancer, model and former professional wrestler, best known for working with WWE, where she was the first ever three-time WWE Divas Champion. In 2007, Torres participated and won the 2007 Diva Search, and signed a contract with World Wrestling Entertainment. She also appeared on several television shows, notably Sunset Tan, Show Me The Money, and Deal or No Deal. Born Eve Marie Torres on August 21, 1984 in Denver, Colorado, she is of Nicaraguan, German and Swedish descent. Her younger brother, Phil, is a television presenter. Torres first appeared on WWE programming as a backstage interviewer in 2008. She married Jiu-Jitsu master Rener Gracie in 2014. They have two sons. 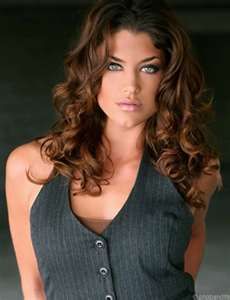 Eve Torres Facts:
*Born on August 21, 1984 in Denver, Colorado, she was raised in Denver, Colorado.
*She started her career as a model and dancer.
*She was a dancer for the Los Angeles Clippers from 2006 to 2007.
*She won the 2007 WWE Diva Search.
*She studied Brazilian Jiu-Jitsu and kickboxing.
*She is fluent in English and Spanish.
*She is a fan of MMA fighter Gina Carano.
*Visit her official website: www.EveTorres.com
*Follow her on Twitter, Facebook and Instagram.