Finn Wolfhard is a Canadian actor and singer. He is best known for playing the role of Mike Wheeler in the supernatural horror Netflix series Stranger Things. He played Richie Tozier in the horror film It in 2017. In addition to acting, he is the lead singer and guitarist for a Vancouver-based alternative band named Calpurnia. The band signed to DIY / Independent record label, Royal Mountain Records in November 2017. Born on December 23, 2002 in Vancouver, Canada, to Eric Wolfhard, he has a brother named Nick Wolfhard. He belongs to French, German and Jewish descent. 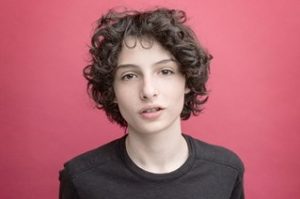 Finn Wolfhard Facts:
*He is of French, German and Jewish descent.
*His father, Eric Wolfhard, is a writer.
*The first movie he ever saw was Sam Raimi’s Spider-Man.
*He enjoys playing the guitar and the bass.
*He was appeared in the music video for the song “Guilt Trip” by Canadian punk band PUP in 2014.
*Follow him on Twitter and Instagram.