Fiona Bruce is a British television presenter, newsreader and journalist. She is best known for her work on BBC programmes such as BBC News at Ten, BBC News at Six, Crimewatch, Real Story, Antiques Roadshow, Question Time, and Fake or Fortune?. Born Fiona Elizabeth Bruce on April 25, 1964 in Singapore, to a Scottish father and an English mother, she has two elder brothers, Neil and Alasdair. She attended Gayton Primary School on the Wirral, the International School of Milan, and Haberdashers’ Aske’s Hatcham College in New Cross, London. She also attended the University of London Institute in Paris. She joined the BBC as a researcher for Panorama in 1989. She married Nigel Sharrocks in July 1994. They have two children: son, Sam, and daughter, Mia. 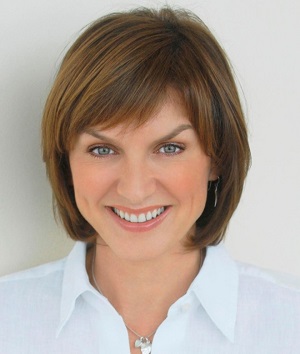 Fiona Bruce Facts:
*She was born on April 25, 1964 in Singapore.
*Her parents are Rosemary Bruce and John Bruce.
*She has English and Scottish ancestry.
*She studied French and Italian at Hertford College.
*In 1984, she replaced the late Jill Dando as co-presenter of Crimewatch UK.
*She ranked as the second highest-paid BBC female employee (£350,000-£400,000). (2017)