Michelle Ackerley is a British TV presenter and reporter. She is mainly known for her work on BBC programmes such as Watchdog, Crimewatch Roadshow, All Over the Place and The One Show. She took part in an episode of Celebrity Mastermind in December 2016. Born on July 21, 1984 in Manchester, United Kingdom, she has a brother, Jonathan, who is a hairdresser in London. She attended Alderley Edge School for Girls and graduated from Manchester University with a degree in Psychology. Ackerley gained experience presenting on a community radio station in Manchester and at the local television station Channel M. 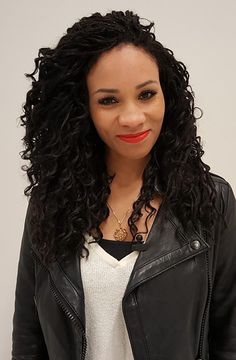 Michelle Ackerley Facts:
*She was born on July 21, 1984 in Manchester, United Kingdom.
*Her brother, Jonathan, is a hairdresser in London.
*She was Deputy Head Girl in her final year at Alderley Edge School for Girls.
*She joined the BBC as a programme maker in 2005.
*She graduated with a psychology degree from the University of Manchester.
*She occasionally presented ‘The Hub’ section on This Morning in 2013.
*Since 2015, she has been a reporter for the BBC’s Crimewatch Roadshow.
*She has guest presented episodes of the nightly magazine show The One Show since 2016.
*She stars in the CBBC art series, Art Ninja.
*Follow her on Twitter and Instagram.