Fiona Reid is an English-born Canadian actress of film, television, and stage. She is best known for her portrayal of Cathy on the TV series King of Kensington, and for her role as Harriet Miller in the film My Big Fat Greek Wedding. Her other notable film and television appearances include: One Week and The Time Traveler’s Wife, Dr. Zonk and the Zunkins, Coming Up Rosie, Noddy, and Haven. She has also done voice work in Witch’s Night Out, Noddy’s Toyland Adventures, Timothy Goes to School, and Marvin the Tap-Dancing Horse. She has twice won the Dora Mavor Moore Award, in 1993 for Fallen Angels and in 1995 for Six Degrees of Separation. Born on July 24, 1951 in Whitstable, United Kingdom, Reid lived in Germany, Africa, and the United States before settling in Canada in 1964. She studied acting at McGill University, receiving a Bachelor of Arts degree in 1972, and at the Banff Centre for the Arts in Alberta. She first became interested in acting while attending Toronto’s Lawrence Park Collegiate. In 1977, she married stage actor McCowan Thomas with whom she has two children, Alec and Julia. 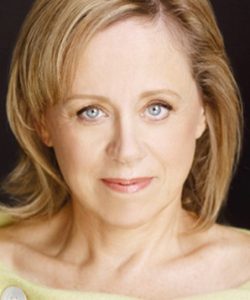 Fiona Reid Facts:
*She was born on July 24, 1951 in Whitstable, United Kingdom.
*Her father was a doctor in the British Army.
*She earned her bachelor’s degree in Acting from McGill University.
*On April 6, 2006, she was awarded the C.M. (Member of the Order of Canada) for her services to the Performing Arts in Canada.