Frances Tiafoe is an American professional tennis player who achieved a career-high singles ranking of World No. 29 on February 11, 2019, and a doubles ranking of world No. 173 on March 4, 2019. Tiafoe won his first ATP title at the 2018 Delray Beach Open and became the youngest American man to win a title on the ATP Tour since Andy Roddick in 2002. Tiafoe made his best Grand Slam run in his career by reaching the quarterfinals at the 2019 Australian Open. 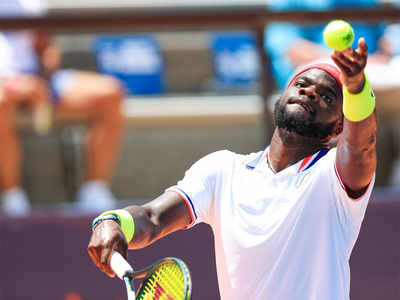 Frances Tiafoe Facts:
*He was born on January 20, 1998 in Hyattsville, Maryland, United States, to Frances Sr. and Alphina Kamara, immigrants from Sierra Leone.
*His father emigrated to the United States in 1993, while his mother joined him in 1996 to escape the civil war in their home country.
*Tiafoe was raised at the Junior Tennis Champions Center (JTCC), a USTA regional training center, in Maryland where his father worked as the head of maintenance.
*He won the 2013 Orange Bowl at 15 years old, making him the youngest boys’ singles champion in the history of the tournament.
*At the age of 17, Tiafoe became the youngest American to participate in the main draw of the French Open since Michael Chang in 1989.
*As a teenager, he won the US Junior National Championship and enjoyed success on the ATP Challenger Tour with 9 finals and 4 titles.
*He turned professional in 2015.
*He recorded the best grand slam singles performance of his career, reaching the quarterfinals at the 2019 Australian Open.