Jordan Carver is a German glamour model, actress and entrepreneur who set a record by appearing on the cover of Britain’s Zoo magazine six times. Carver was featured in the German Bild magazine, which proclaimed her as “Yoga-Jordan”, due to her yoga workouts and was appeared in the American tabloid and entertainment television show TMZ in January 2012. Carver made her acting debut in the 2013 German-American comedy Who Killed Johnny, in which she appeared as a naïve German model named Gudrun. 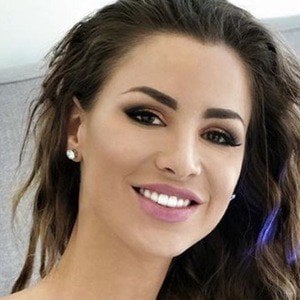 Jordan Carver Education:
She graduated from secondary school and vocational school, and worked as a hotel manager.

Jordan Carver Facts:
*She was born on January 30, 1986 in Trier, Germany.
*Her first professional experience was an apprenticeship as a hotel manager-but feeling uninspired, she switched gears and entered the modeling world behind the scenes as a beautician and make-up artist, first with a large French company and later on her own.
*In January 2010, Carver launched her modelling career with her own website featuring glamour photos, videos and other content.
*She briefly trained as a boxer, fighting Melanie Muller in 2014 in Dusseldorf as part of “Das Grosse Prosieben Promiboxen” event.
*She is married to David Sebastian.