Freddie Highmore is an English actor, best known for his roles as Charlie Bucket in Charlie and the Chocolate Factory and as Peter in Finding Neverland. He has also starred in Arthur and the Invisibles, August Rush, The Good Doctor, The Art of Getting By, Five Children and It, Bates Motel, The Spiderwick Chronicles and Toast. He made his film debut as a child in the 1999 film Women Talking Dirty. For his role in Finding Neverland and Charlie and the Chocolate Factory, he won the Critics’ Choice Movie Award for Best Young Performer in two consecutive years. Born Alfred Thomas Highmore in Camden Town, London, on February 14, 1992, he is the son of Edward Highmore, an actor, and Sue Latimer, a talent agent. He has a younger brother named Albert. 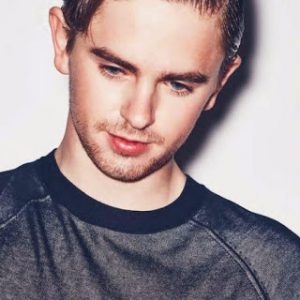 Freddie Highmore Facts:
*He started acting in small parts on television shows when he was seven years old.
*He speaks English, French and Spanish fluently.
*He is a big fan of football and supports Arsenal Football Club.
*He can play the clarinet.
*He is friends with actor Skandar Keynes.
*Follow him on Twitter.