Fredo Bang is an American rapper whose notable hit songs include “Thuggin”, “Story to Tell”, “Oouuh”, “Gangsta Talk”, “Shootas on the Roof”, and “Father”. Bang released his debut mixtape titled ‘2 Face Bang’ in October 2018. In 2019, he released his album ‘Big Ape’ which featured the hits “Story to Tell” and “Gangsta Talk”. Bang was arrested and charged with attempted second degree murder and features the news story at the beginning of his song “Thuggin”. Born Fredrick T. Givens II on March 29, 1996 in Baton Rouge, Louisiana, his parents separated when he was 1-year old and he was raised by his mother and stepfather. Bang started making music in 2015 and gained both fame and notoriety for his music. 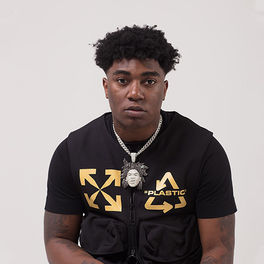 Fredo Bang Education:
He graduated from high school but dropped out of college.

Fredo Bang Facts:
*He was born on March 29, 1996 in Baton Rouge, Louisiana, USA.
*His real name is Fredrick T. Givens II.
*He is known for posting a variety of his tracks to streaming services including Spotify and SoundCloud.
*He has tattoos covering both of his arms.
*Follow him on Twitter, YouTube and Instagram.