Yolanda Hadid is a Dutch-American television personality, former model and interior designer who starred in the American reality TV show The Real Housewives of Beverly Hills. She also had careers as a model and an interior designer. Her memoir Believe Me: My Battle with the Invisible Disability of Lyme Disease, was published in 2017. She began hosting the series Making a Model with Yolanda Hadid in 2018. Born Yolanda van den Herik on January 11, 1964 in Papendrecht, Netherlands, to a family of Christian background, she has one older brother named Leo. She began her modeling career at the age of sixteen, and modeled in Paris, Milan, New York, Sydney, Cape Town, Tokyo, Los Angeles and Hamburg. She was married to Palestinian real-estate developer Mohamed Hadid from 1994 to 2000. They had two daughters, models Gigi Hadid and Bella Hadid and a son, Anwar. She was married to Canadian musician David Foster from 2011 to 2015. 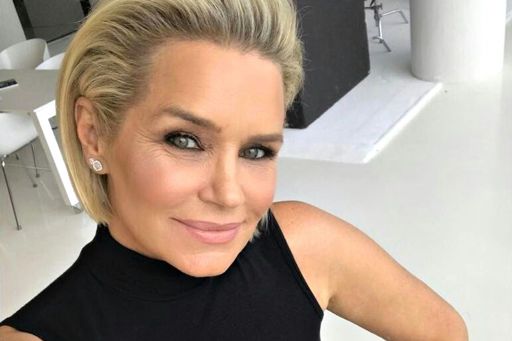 Books: Believe Me: My Battle with the Invisible Disability of Lyme Disease

Yolanda Hadid Facts:
*She was born on January 11, 1964 in Papendrecht, Netherlands.
*Her birth name is Yolanda van den Herik.
*Her father died in a car accident when she was just 7.
*She starred in The Real Housewives of Beverly Hills.
*She was diagnosed with Lyme disease, a chronic and difficult-to-treat illness, in 2012.
*She was featured in the music video of Lady Gaga’s “G.U.Y.” in 2014.
*She is the mother of Gigi, Bella, and Anwar Hadid.
*Visit her official website: www.yolanda.com
*Follow her on Twitter, Facebook and Instagram.