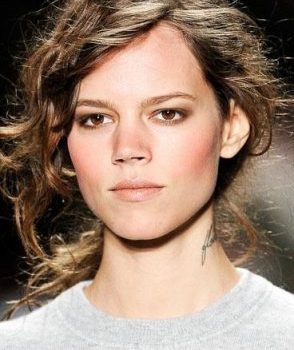 Freja Beha Erichsen Facts:
*She was born on October 18, 1987 in Roskilde, Denmark.
*She was discovered by an modeling agent on the street in Denmark.
*She was once ranked #2 on the Top 50 Models Women List by models.com at the height of her career.
*She appeared in the 2011 Pirelli calendar.
*She was named one of Vogue Paris’ “Top 30 Models of the 2000s.”
*She is good friends with models Irina Lazareanu, Abbey Lee Kershaw, Agyness Deyn, Arizona Muse, Coco Rocha, Lily Donaldson, Karmen Pedaru, and Raquel Zimmerman.