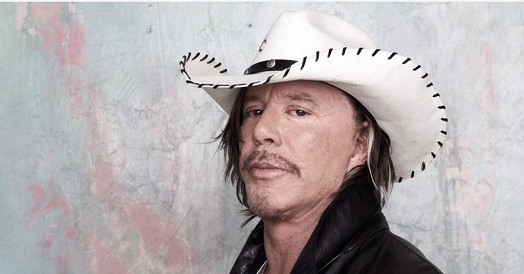 Mickey Rourke is an American actor and former boxer who has starred in such films as The Wrestler, Diner, 9½ Weeks, The Pope of Greenwich Village, Sin City, Rumble Fish, Year of the Dragon, Francesco, Barfly, and Angel Heart. He also wrote some of his films under the name “Sir” Eddie Cook. He also made cameo appearances in some of his films like The Pledge or They Crawl. He also provided the voice of Jericho in the Driver 2 video game.

Mickey Rourke Facts:
*He was born on September 16, 1952 in Schenectady, New York, USA.
*He was raised Catholic and still practices his faith.
*He began his career in the 1979 American period war comedy film 1941, directed by Steven Spielberg.
*He became a professional boxer in 1991 and retired in 1994.
*He is a motorcycle enthusiast.