G-Eazy is an American rapper and philanthropist whose first major-label album, These Things Happen, peaked at #3 on the US Billboard 200. G-Eazy released his second studio album, When It’s Dark Out, on December 4, 2015. He is best known for his hit singles “Me, Myself & I”, “No Limit”, “Good Life”, and “Him & I”. Born Gerald Earl Gillum on May 24, 1989 in Oakland, California, to parents Suzanne Olmsted and Edward Gillum, he has one younger brother named James Wolcott. He did his schooling from Berkeley High School and attended Loyola University and graduated in 2011. He joined his first rap group, Bay Boyz, as a teen and started to produce a number of singles as a sophomore while attending Loyola University of New Orleans. In 2012, he got his big break after Lil Wayne and Drake took him on a tour. In 2019, G-Eazy started dating model Yasmin Wijnaldum. He previously dated Lana Del Rey and pop singer Halsey. 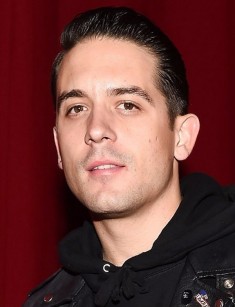 G-Eazy Facts:
*He was born on May 24, 1989 in Oakland, California, USA.
*His real name is Gerald Earl Gillum.
*His younger brother James plays the trumpet.
*His single “Me, Myself & I”, reached the top 10 of the US Billboard Hot 100.
*He cites artists 2Pac, A Tribe Called Quest, Bob Dylan, Drake, Dr. Dre, Jay-Z, Johnny Cash, Mac Dre, Nas, and The Beatles as his biggest influences.
*Visit his official website: www.g-eazy.com
*Follow him on Twitter, YouTube, Facebook and Instagram.