Moriya Jutanugarn is a Thai professional golfer who plays on the PGA Tour. She is the first female to win the Duke of York Young Champions Trophy in 2009. Turning professional in 2012, Moriya won her first event in her 156th start at the 2018 Hugel-JTBC LA Open. Moriya was named LPGA Rookie of the Year in 2013. Born on July 28, 1994 in Bangkok, Thailand, to parents Narumon and Somboon Jutanugarn, her younger sister, Ariya, also plays on the LPGA Tour. Moriya won the Junior Open Championship in 2008. 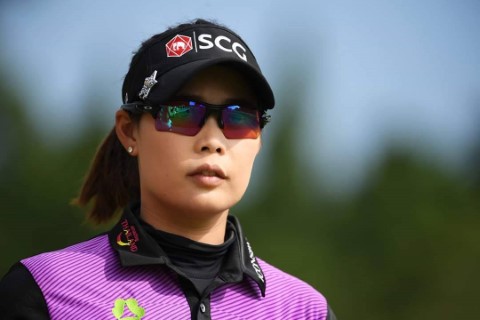 Moriya Jutanugarn Facts:
*She was born on July 28, 1994 in Bangkok, Thailand.
*Her younger sister, Ariya, is also a professional golfer.
*Her parents own a professional golf shop at the Rose Garden Golf Course near Bangkok.
*She became the first female to win the Duke of York Young Champions Trophy in 2009.
*She turned professional in 2012.
*In 2013, she was named LPGA Rookie of the Year.
*Follow her on Twitter, Facebook and Instagram.