G Herbo is an American hip hop rapper and songwriter. He is best known for the hits “I Like,” “No Limit,” “L’s”, “Ain’t Right,” “Pull Up” and “Red Snow.” His debut mixtape, Welcome to Fazoland, was released in February 2014. He released his debut studio album, Humble Beast, in September 2017. Born Herbert Wright III in Chicago, Illinois, on October 8, 1995, to African and American parents, he is cousins with fellow rapper Lil Bibby, with whom he has collaborated on numerous songs. He is a graduate of Hyde Park Academy High School. His fiance Ariana is currently pregnant with their first child. 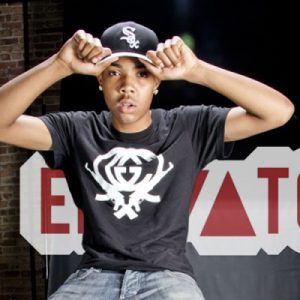 G Herbo Facts:
*He was born Herbert Wright III on October 8, 1995 in Chicago.
*His late uncle was a musician, and his grandfather was a member of the band The Radiants.
*He played basketball while in high school.
*In 2014, he and his friend, rapper Lil Biby released a single that turned the heads of the industry.
*He cites Jadakiss, Young Jeezy, Gucci Mane, Yo Gotti, Chief Keef, Lil Wayne as big influences.
*Visit his official website: www.gherbo.com
*Follow him on Twitter, YouTube, Facebook and Instagram.