Jennifer Carpenter is an American actress of film and television. She is most famous for her portrayal of Debra Morgan on Showtime’s hit series Dexter. She is also known for playing the role of FBI agent Rebecca Harris on the series Limitless. For her performance in Dexter, she won a Saturn Award for Best Supporting Actress on Television. Her notable film roles include The Exorcism of Emily Rose, Seeking Justice, Quarantine, Gone, Brawl in Cell Block 99, The Factory, and White Chicks. Jennifer was born Jennifer Leann Carpenter on December 7, 1979 in Louisville, Kentucky, USA, to Phyllis and Theodore Tiegs. Her sister is a chiropractor. She studied drama at the Walden Theatre in Louisville, Kentucky. In 2016, she married musician Seth Avett with whom she had a son in 2015. She was previously married to Dexter co-star Michael C. Hall. 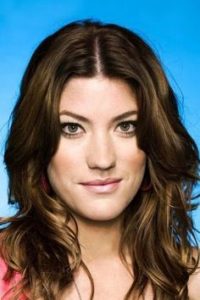 Jennifer Carpenter Facts:
*She was born and raised in Kentucky.
*She is a fan of The Dixie Chicks.
*She ran the New York City Marathon, completing it in 3:34:28. (2010)
*She is good friends with Amanda Seyfried.
*Follow her on Twitter.