Gabi Butler is an American cheerleader, YouTuber and television personality who rose to fame after appearing in the Netflix docuseries Cheer and had been on many teams before her appearance in the Netflix show, such as the California All Stars Smoed, Cheer Athletics Wildcats, Top Gun TGLC, and Gymtyme Blink. She has won two world titles and two collegiate national titles for cheerleading. In July 2014, Gabi was featured on an ABC Nightline special that covered the incredibly intense sport of all-star competitive cheerleading. Born Gabriella Butler on January 16, 1998 in Boca Raton, Florida, to parents Deborah Gaffoglio Butler and John Butler, she has a brother named John Michael and two sisters named Amanda and Ashley. She has been cheering since she was 8 years old and became famous for her flexibility as a flyer and her strong tumbling skills. 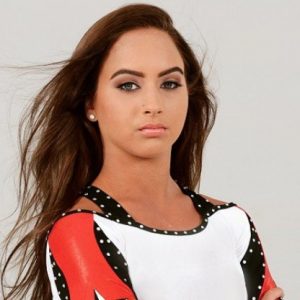 Gabi Butler Facts:
*She was born on January 16, 1998 in Boca Raton, Florida, USA.
*She started cheerleading at the age of eight.
*She has won the cheerleading world championships twice, in both 2013 and 2014 with California All Stars Smoed.
*She is a member of the Top Gun OO cheer squad in Miami.
*She appeared on The Ellen DeGeneres Show in January 2020.
*Follow her on Twitter, YouTube, Facebook and Instagram.