Megan Abrigo is an American model and actress, best known for her appearances on NBC’s hit show “Deal or no Deal”. Abrigo has also hosted an extreme sports show called “Dialed in”. She was selected one of People Magazines 100 Most Beautiful People of 2006. Born on January 27, 1988 in Hawaii, USA, she began her modeling career after being discovered by a photographer in her hometown of Oahu. She graduated from Loyola Marymount University in Los Angeles, California in May 2005 with a Bachelor’s degree in Studio Arts with an emphasis on computer science. She was in a relationship with Daniel Tosh from 2009 to 2014. 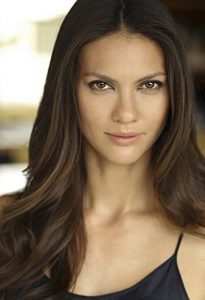 Megan Abrigo Facts:
*She was born on January 27, 1988 in Hawaii, USA.
*She got her start in modeling after being spotted by a photographer.
*She was modeling part-time at the age of 15.
*She attended Loyola Marymount University and graduated from the school with a Bachelor’s degree in Studio Arts emphasizing in Computer Science.
*People Magazine named her one of the top 100 Most Beautiful People in the World in 2006.
*Visit her official website: www.meganabrigo.com
*Follow her on Twitter, Facebook and Instagram.