Gabriel Aubry is a Canadian model best known for his tumultuous relationship with American actress Halle Berry. In 2005, he began dating actress Halle Berry. The couple had a daughter, Nahla, on March 16, 2008. They separated in 2010. He has modeled for Tommy Hilfiger, Gianni Versace, Calvin Klein, DKNY, Valentino, and Next. 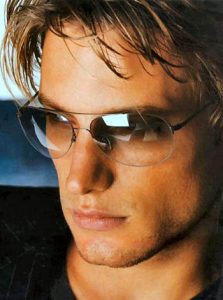 Gabriel Aubry Facts:
*He was discovered during his 20s while enjoying a night out at a nightclub during a ski trip to Quebec
*He is fluent in French.
*He was one of the top earning male models in the modeling industry in 2012.
*He was named to People Magazine’s list of Most Beautiful People in 2009.