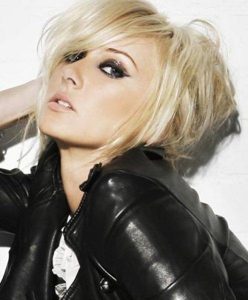 Kimberly Stewart Facts:
*She had a breast augmentation at 18, but had the size-D implants removed in 2005.
*At 19, she launched her own clothing line, Pinky Starfish.
*She has two dogs: Bean and Bliss.
*She is good friends with Bai Ling, Jack Osbourne, and Zoe Winkler.
*Follow her on Twitter and Instagram.