Gaia Weiss is a French model and actress. She is best known for roles such as Porunn in the History Channel series Vikings, Mary Fleming in Mary Queen of Scots, Hebe in the Renny Harlin-directed action film The Legend of Hercules, and Vivienne in the 2015 French film comedy Serial Teachers 2. Weiss’s other notable works include Medici: Masters of Florence, Outlander, Judy, C’est beau la vie quand on y pense, and Overdrive. Born on August 30, 1991 in Paris, France, to a French-Polish family, she is the daughter of Catherine and Alain Weiss. She began taking dance lessons at the age of three and became an accomplished ballet dancer. Weiss attended the Cours Florent and the London Academy of Music and Dramatic Art (LAMDA). She started acting in 1999. She was in a relationship with actor Sean Biggerstaff. 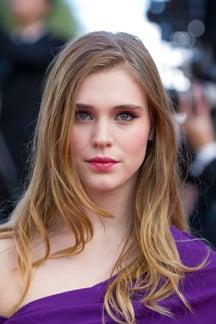 Gaia Weiss Facts:
*She was born on August 30, 1991 in Paris, France.
*At age 3, Weiss began taking dance lessons and became an accomplished ballet dancer.
*She is the first French actress to be nominated for a Razzie Award.
*She is fluent in Polish.
*Follow her on Facebook and Instagram.