Garret Dillahunt is an American actor. He is best known for television roles as Simon Escher on Burn Notice, Burt Chance on the Fox sitcom Raising Hope, Ty Walker in the sixth season of Justified, Steve Curtis in ER, Jack McCall and Francis Wolcott in Deadwood, and John Dorie in Fear the Walking Dead. For his work in Raising Hope, he was nominated for the Critics’ Choice Television Award for Best Actor in a Comedy Series in 2012. He has also played prominent roles in the films No Country for Old Men, The Assassination of Jesse James by the Coward Robert Ford, Winter’s Bone, Looper, and 12 Years a Slave. Dillahunt’s other television credits include Hand of God, The Guest Book, Leap Years, A Minute with Stan Hooper, The Book of Daniel, John from Cincinnati, Terminator: The Sarah Connor Chronicles, Life, The Mindy Project, Arkansas Traveler, and The Gifted. Born Garret Lee Dillahunt on November 24, 1964 in Castro Valley, California, to working class parents Jeanne and David Dillahunt, he was raised in Selah, Washington. His brother, Eric, died in a car accident. He has another brother, Brett, a teacher. Dillahunt studied journalism at the University of Washington and received his M.F.A. in acting from New York University’s Graduate Acting Program at the Tisch School of the Arts. He has been married to actress Michelle Hurd since July 6, 2007. 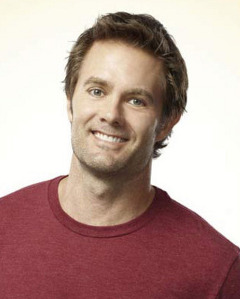 Garret Dillahunt Facts:
*He was born on November 24, 1964 in Castro Valley, California, USA.
*He received a degree in journalism from the University of Washington.
*He is a huge fan of Cormac McCarthy since college.
*He is left-handed.
*In 2007, he married actress Michelle Hurd.
*Visit his official website: www.garret-dillahunt.net
*Follow him on Twitter, Facebook and Instagram.