Alona Tal is an Israeli-American singer and actress. She is best known for television roles as cheerleader Meg Manning on Veronica Mars, Jo Harvelle on Supernatural, Rebecca King Vega on Cane, Kelly Collins on Cult, Sonya on Burn Notice, Zohar on Hostages, and Jocelyn Harris in the Amazon drama series Hand of God. She has also appeared in the films Taking Five, Broken City, Opening Night, Half Past Dead 2, Undocumented, and Kalamity. In 2017, she began playing Stella Baxter in the CBS show SEAL Team. Born on October 20, 1983 in Herzliya, Israel, to parents Ayala Sabat and Ami Tal, she is of Turkish Jewish (Sephardic Jewish) descent on her father’s side, and of Polish Jewish descent on her mother’s side. She started her career after serving in the Israeli Defense Forces. In 2007, she married fellow actor Marcos Ferraez with whom she has a daughter, Charlie Ferraez. 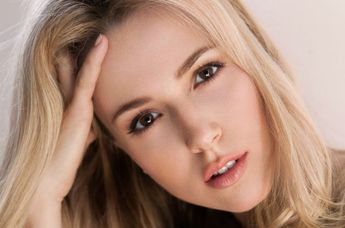 Alona Tal Facts:
*She was born on October 20, 1983 in Herzliya, Israel.
*Her father is a computer professional and her mother is a lawyer.
*She served in the Israeli Defense Forces for two years.
*Her first language is Hebrew.
*Follow her on Twitter and Instagram.