Garrett Backstrom is an American actor who played Vincent Liotta in the Disney hit show Jessie and Ethan in Disney XD’s Lab Rats. He has made several guest appearances in shows such as Brothers & Sisters and Jessie.

Born on October 25, 1995 in Burbank, California, to parents Elizabeth and Gary Backstrom, Garrett was raised in a Christian household and is strong in his faith. He has a brother named Nathan. Growing up, Garrett was a competitive gymnast and trained at the Olympic Training Center. He was a two-time state champion gymnast before he started his acting career. 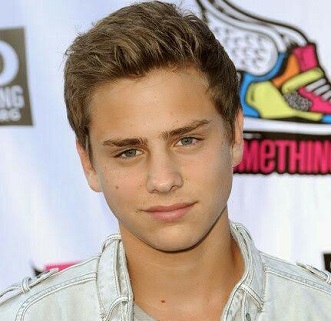 Garrett Backstrom Facts:
*He was born on October 25, 1995 in Burbank, California, USA.
*Between the ages of three to thirteen, Garrett was a two-time state champion gymnast.
*He appeared in commercials for Subaru and Pepsi and also helped to promote the DVD release of How to Train Your Dragon.
*He wanted to be a stuntman before becoming an actor.
*He played his first lead film role in the 2012 drama Hello Herman.
*He is good friends with actor Kodi Smit-McPhee.
*Follow him on Twitter.