Garrett Morris is an American comedian, actor, and singer who was part of the original cast of NBC’s Saturday Night Live (SNL), and played Junior “Uncle Junior” King on the sitcom The Jamie Foxx Show. He also starred as Stan Winters in the Fox comedy series Martin from 1992 to 1995 and as Earl in the CBS comedy 2 Broke Girls (2011–2017). His notable film appearances include: Cooley High, Ant-Man, Severed Ties, Black Scorpion, Black Scorpion II,The Census Taker, and Jackpot. Born Garrett Isaac Morris on February 1, 1937 in New Orleans, Louisiana, he was raised by his grandfather, a Baptist minister, and began singing in the church choir. Morris attended the Juilliard School of Music and graduated from Dillard University in 1958. He studied drama at HB Studio in Greenwich Village in New York City. Since September 20, 1996, he has been married to Freda Morris. 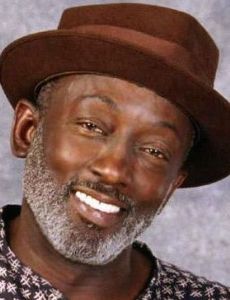 Garrett Morris Facts:
*He was born on February 1, 1937 in New Orleans, Louisiana, USA.
*He was one of the seven original cast members for the NBC sketch comedy show Saturday Night Live (SNL).
*He spent five years as a cast member on SNL.
*He is the first African-American cast member on Saturday Night Live.
*As a schoolteacher, he taught at New York City’s PS 71.
*He was shot in the chest and arm by would-be robbers in 1994.
*Follow him on Twitter, Facebook and Instagram.