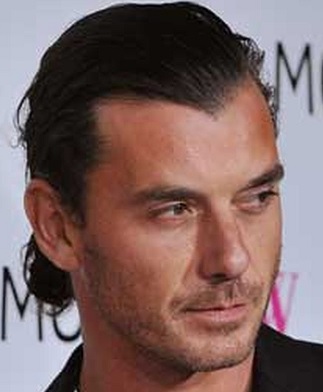 Gavin Rossdale is a British musician, singer-songwriter and actor, best known as the lead vocalist and rhythm guitarist of the rock band Bush. The band had released four studio albums before separating in 2002. They reunited in 2010 and have since released four studio albums. As an actor, he has appeared in Constantine, Zoolander, Mayor of the Sunset Strip, Little Black Book, the Game of Their Lives, How to Rob a Bank, The Bling Ring, Criminal Minds, Burn Notice, and Hawaii Five-0.

Born Gavin McGregor Rossdale on October 30, 1965 in Marylebone, London, United Kingdom, to Barbara and Douglas Rossdale, his father’s family is Ashkenazi Jewish (from Russia). The family surname was originally Rosentar. His mother’s ancestry is Scottish. Gavin was unable to speak until the age of four, and his parents divorced when he was 11 years old.

He married singer Gwen Stefani on September 14, 2002 and they had three sons together named Kingston James McGregor Rossdale, Zuma Nesta Rock Rossdale and Apollo Bowie Flynn Rossdale before filing for divorce in 2015. He also had a daughter named Daisy with singer/songwriter Pearl Lowe. Gavin began dating actress Sophia Thomalla in 2017.

Gavin Rossdale Facts:
*He was born on October 30, 1965 in Marylebone, London, United Kingdom.
*He learned to play the bass from his sister’s boyfriend.
*Lead vocalist of the band Bush, the group known for songs like “Glycerine” and “Swallowed,” the latter of which charted at #7 in the U.K.
*He received the British Academy’s Ivor Novello Award for International Achievement in 2013.
*He worked as a voice coach for the 2017 season of the reality TV show, The Voice UK.
*He is the godson of Vicki Smith.
*Visit his official website: www.gavinrossdale.com
*Follow him on YouTube.