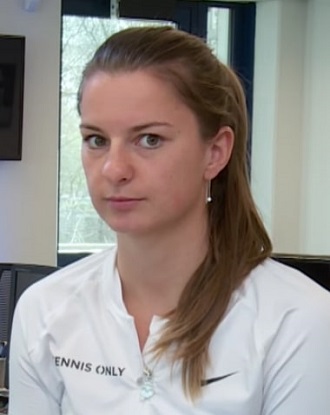 Quirine Lemoine is a Dutch professional tennis player who achieved a career-high singles ranking of World No. 137 on July 3, 2017, and a doubles ranking of world No. 116 on August 14, 2017. Turning professional in 2008, Lemoine has won 19 singles titles and 25 doubles titles on the ITF Circuit. She won her first WTA title at the 2017 Swedish Open held in Båstad, partnering Arantxa Rus.

Quirine Lemoine Facts:
*She was born on December 25, 1991 in Woerden, Netherlands.
*She started playing tennis at the age of five.
*She plays left-handed and has a two-handed backhand.
*She turned professional in 2008.
*She made her WTA Tour debut at the 2015 Brasil Tennis Cup, defeating Gaia Sanesi in the singles qualifying.
*She has a career-high doubles ranking of No. 116.