Gemma Whelan is a British television, film, and stage actress and comedian. She is best known for her portrayal of Yara Greyjoy in the HBO fantasy-drama series Game of Thrones. As a comedian, Whelan won the 2010 Funny Women Variety Award for stand-up comedy. Whelan’s other notable works include Cardinal Burns, Hetty Feather, Siblings, Madness of the Dance, The Wolfman, Gulliver’s Travels, and Prevenge, Mapp and Lucia, Upstart Crow, and Gentleman Jack. Born on April 23, 1981 in Leeds, Yorkshire, England, UK, her full name is Gemma Elizabeth Whelan. She was educated at The King’s High School for Girls in Warwick. She is also a professional dancer specialising in the tap and jazz dance styles, and is a member of the dance troupe The Beaux Belles. She is married to Gerry with whom she has one daughter. 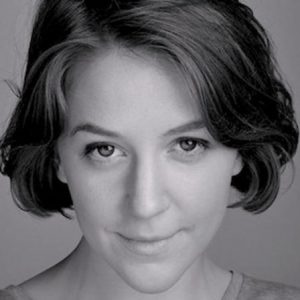 Gemma Whelan Facts:
*She was born on April 23, 1981 in Leeds, Yorkshire, England, UK.
*She is trained in musical theatre and has a mezzo-soprano singing voice.
*In 2010, Whelan won the Funny Women Variety Award for stand-up comedy.
*She won a 2017 WFTV Award in the MAC Best Performance category.
*She is vegetarian but had eaten meat on the sets of Game of Thrones.
*She is a lefty.
*Follow her on Twitter and Instagram.