American film director and producer who is best known for creating the Star Wars and Indiana Jones film series and founding Lucasfilm, LucasArts, and Industrial Light & Magic. He also directed the films THX 1138 and American Graffiti. Born George Walton Lucas Jr. on May 14, 1944 in Modesto, California, to parents Dorothy and George Walton Lucas Sr., he had three siblings. He studied anthropology at Modesto Junior College, before transferring to the University of Southern California School of Cinematic Arts. He has been married to Mellody Hobson since June 22, 201. He was previously married to film editor Marcia Lou Griffin. He has four children: Amanda, Everest, Katie and Jett Lucas. 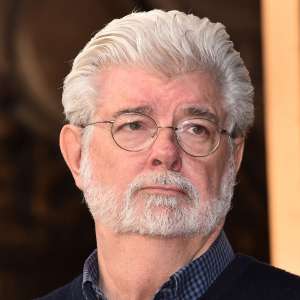 George Lucas Facts:
*He was born on May 14, 1944 in Modesto, California, USA.
*He studied cinematography at the University of Southern California.
*Mainly known for his Star Wars and Indiana Jones film series.
*He founded the Pixar animation studio and later sold it to Steve Jobs in 1986 for $10 million.
*He is a fan of Doctor Who.
*He is a diabetic.
*He is close friends with Steven Spielberg.
*Visit his official website: www.lucasfilm.com
*Follow him on Twitter.