Jasprit Bumrah is an Indian international cricketer who plays all formats of the game. He plays for Mumbai Indians in the Indian Premier League and the India national cricket team. Bumrah is known for his speed of bowling and unorthodox bowling style that gives him an edge over the others to bowl yorkers. 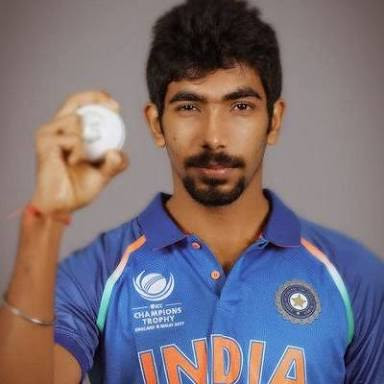 Jasprit Bumrah Facts:
*He was born on December 6, 1993 in Ahmedabad, India.
*He lost his father when he was just seven years old.
*He made his ODI & T20I debut on January 2016 against Australia.
*He became #1 bowler in ICC ODI & T20I ranking in 2017.
*He made his Test debut for India against South Africa at Newlands in Cape Town on 5 January 2018.
*Follow him on Twitter, Facebook and Instagram.