George Shelley is an English singer, radio presenter and actor best known as a former member of the boy band Union J. He finished in fourth place on the 2012 season of The X Factor UK with Union J. George was born to Dominic Shelley and Toni Harris, in July 1993 in England as George Paul Shelley. 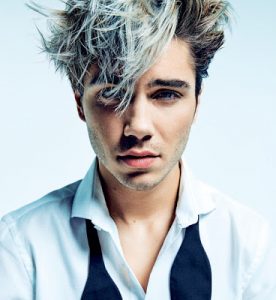 George Shelley Facts:
*He released his first single with Union J called “Carry You” in 2013.
*He was the last member to be added to the boyband Union J.
*He worked part-time in Costa Coffee in Weston-super-Mare.
*His younger sister, Harriet Shelley, was tragically killed in a car accident in 2017.
*Follow him on Twitter, Facebook and Instagram.