A talented actress, Lorelei Linklater is most famous for her portrayal of Samantha in the 2014 Oscar-nominated film Boyhood. She is also known for her appearance in the adult animated docufiction/drama film Waking Life. She played Rome in the 2017 film Bomb City. Born as Lorelei Grace Linklater in San Miguel de Allende, Guanajuato, Mexico, she is the daughter of writer-director Richard Linklater and Christina Harrison. 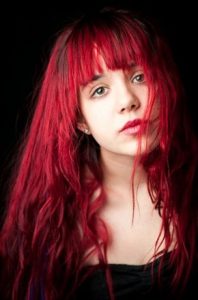 Lorelei Linklater Facts:
*She is an only child.
*She is of Mexican origin.
*She began her career with 2001 film Waking Life directed by her dad Richard.
*As a teenager, she likes to dye her hair with different colors like red, pink and blue.