George Spartels is an Australian actor, musician, director, playwright and children’s television presenter. He is best known for his portrayal of Benito Alessi on the Australian soap opera Neighbours. He was also a children’s television presenter, having had a long tenure on the ABC’s Play School, over 14 years between 1985 and 1999. Spartels’s other notable works include Cop Shop, Prisoner, Punishment, and Mad Max: Beyond Thunderdome. 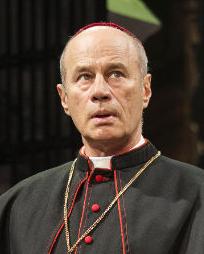 Born George Bernard Spartels on April 25, 1954 in Australia, he grew up in Melbourne with his three brothers. He is of Greek descent on his father’s side, and of English and Irish descent on his mother’s side. He has been married to Mary Spartels since 2013. He was previously married to actress Elizabeth Alexander and Sue Spartels.

George Spartels Facts:
*He was born on April 25, 1954 in Australia.
*His father left when he was a young boy.
*His younger brother Michael is a director for Carlton Football Club.
*He was a host on Play School between 1985 and 1999 and has produced a number of children’s videos.
*He resides in Sydney, Australia.