Stephen Amell is a Canadian actor and producer, best known for his portrayal of Oliver Queen / Green Arrow in The CW superhero series Arrow. He has also starred in Rent-a-Goalie, Hung, The Flash, DC’s Legends of Tomorrow, Supergirl, and Batwoman. Amell has also had notable roles in the films Teenage Mutant Ninja Turtles: Out of the Shadows, Closing the Ring and Code 8. 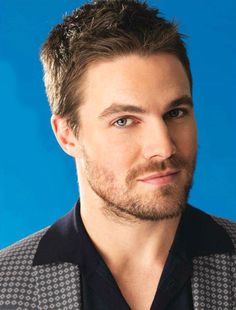 Born Stephen Adam Amell on May 8, 1981 in Toronto, Canada, to parents Sandra and Thomas J. Amell, he is of English, Scottish, German, and French-Canadian descent. He graduated from St. Andrew’s College in Aurora, Ontario. Amell married actress and model Cassandra Jean on December 25, 2012. Together they have one daughter, Maverick Alexandra Jean Amell. He was previously married to Carolyn Lawrence from 2007 to 2010.

Stephen Amell Facts:
*He was born on May 8, 1981 in Toronto, Canada.
*He is a first cousin of actor Robbie Amell.
*He had his first minor television role on Queer as Folk in 2004.
*He played Oliver Queen / Green Arrow in The CW superhero series Arrow from 2012 to 2020.
*He is a co-owner of a winery in Washington called Nocking Point.
*He is a lifelong professional wrestling fan, and has made appearances in major professional wrestling promotions, including working a match for WWE in 2015 and for Ring of Honor in 2017, joining the stable Bullet Club and later The Elite.
*Follow him on Twitter, Facebook and Instagram.