American singer-songwriter Gerard Way Biography, Family, Height, Weight, Age, Measurements will be discussed here. Gerard Way’s personal details can be checked here. He is best known as the lead singer and co-founder of the rock band My Chemical Romance. 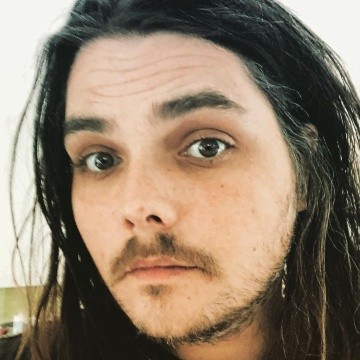 Gerard Way is an American singer, songwriter, and comic book writer. He is the lead vocalist and co-founder of the punk rock band My Chemical Romance. The band signed with Eyeball Records and released their debut album, I Brought You My Bullets, You Brought Me Your Love, in 2002. They signed with Reprise Records the next year and released their major-label debut, Three Cheers for Sweet Revenge, in 2004. Way released his debut solo album, Hesitant Alien, in 2014. He is also the writer of the comic mini-series The True Lives of the Fabulous Killjoys and the Eisner Award-winning comic book series The Umbrella Academy. Way is the co-creator of Peni Parker, an alternative version of Spider-Man who also later appeared the film Spider-Man: Into the Spider-Verse.

Born Gerard Arthur Way on April 9, 1977 in Summit, New Jersey, to parents Donna and Donald Way, he is of Italian and Scottish descent. Way graduated from Belleville High School in Essex County, New Jersey in 1995, and attended the School of Visual Arts in New York City, graduating with a Bachelor of Fine Arts in 1999. He is cousins with UFC commentator and podcaster Joe Rogan.

Gerard Way Facts:
*He was born on April 9, 1977 in Summit, New Jersey, USA.
*He wanted to be a guitarist while growing up.
*At 15, he was held at gunpoint.
*Lead vocalist (and rhythm guitarist and pianist) with the punk rock band My Chemical Romance from 2001 to 2013.
*He signed as a solo artist with Warner Bros in 2014, and released the debut song “Action Cat.”
*He is known for commonly changing hair color from black to blonde and even a striking red.
*He has a pet dog named, Susan and two cats, Mitch and Jupiter.
*He is allergic to cats.
*Visit his official website: www.gerardway.com
*Follow him on Twitter and Tumblr.