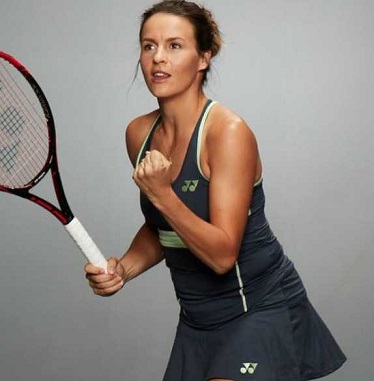 She married her coach, the French former tennis player Charles-Edouard Maria in April 2013. Together they have one daughter, Charlotte.

Tatjana Maria Facts:
*She was born on August 8, 1987 in Bad Saulgau, Germany.
*She began playing tennis at age 5.
*She turned professional in 2001.
*She won her first singles WTA Tour title on grass, at the 2018 Mallorca Open.
*She has a career-high singles ranking of No. 46.
*Follow her on Twitter.