Gia Farrell is an American singer and songwriter. She is best known for her hit single “Hit Me Up,” which was featured on the Happy Feet soundtrack in 2006. It achieved remarkable success, topping the charts in Hungary and peaking at #6 in Australia. Born Jeannie Marie Bocchicchio in Suffern, New York, on February 9, 1989, to Italian-American parents, she began singing lessons when she was 8 years old. 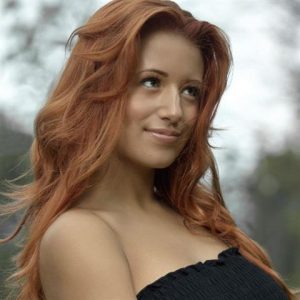 Gia Farrell Facts:
*She began singing lessons at age eight.
*She used her grandmother’s maiden name as a stage name.
*Her song, “Hit Me Up,” was later used as the theme song for Germany’s Next Top Model.
*In 2011, she competed on season eleven of American Idol under her birth name.
*She cites Whitney Houston, Mariah Carey and Christina Aguilera as big influences.
*Follow her on Twitter, Facebook and Instagram.