Gigi Rice is an American actress who gained fame by playing the sexy CARLY WATKINS on The John Laroquette Show, in 1993. Her other notable works include in the Lifetime TV show Army Wives, Delta and Do Over. Gigi was born Georgeanne Marie Rice on March 13, 1965 in Columbus, Ohio, USA. She is a Ohio State University graduate with a B.F.A., in Musical Theatre. She has been married to Ted McGinley since June 1991. Together they have two children. 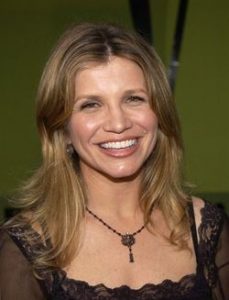 Gigi Rice Facts:
*She began her career in television appearing on Harry And The Hendersons.
*She majored in theatre at Ohio State University.
*She, her husband, and their two children, live in Los Angeles.
*Visit her official website: www.gigirice.com