Gil Ofarim is a German singer, songwriter, and actor. He is best known as the lead vocalist of the bands Zoo Army and Acht. In October 2012, Ofarim was a contestant on The Voice of Germany, and was the winner of Season 10 of the German series Let’s Dance with his partner Katerina Leonova. As an actor, Ofarim has appeared in Endlich Sex! (“Finally Sex!”), Sturmflut, Die (The Storm Tide), Strip Mind, and the children’s TV-series Armans Geheimnis (Arman’s Secret). Born Gil Doron Reichstadt Ofarim on August 13, 1982 in Munich, Germany, he is the son of Israeli musician Abi Ofarim and his third wife Sandra. He started his showbiz career after playing a musician in a photo love story of German teenage magazine “Bravo” (May 1997). Ofarim’s debut single “Round ‘N’ Round (It Goes)” became a Top 40 smash in Germany. His debut album, Here I Am, was released to international success in May 1998. He married his longtime girlfriend Verena Brock on December 15, 2014. They have two children: son, Leonard, and daughter, Anouk. 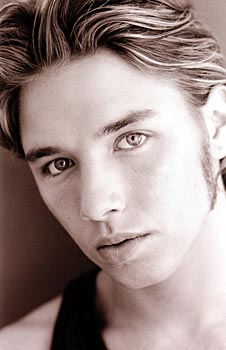 Gil Ofarim Facts:
*He was born on August 13, 1982 in Munich, Germany
*His father, Abi Ofraim, is a famous Israeli musician.
*In 2017, he took part in the German dance competition Let’s Dance and became winner with his dance partner Ekaterina Leonova.
*He is fluent in German, Hebrew, and English.
*Visit his official website: www.gilofarim.com
*Follow him on Twitter, YouTube, Facebook and Instagram.