Madisyn Shipman is an American actress, voice actress, singer and dancer. She is best known for her role as Kenzie Bell in the Nickelodeon sitcom Game Shakers. She has also done voice work in Whisker Haven and The Peanuts Movie. In 2019, she began appearing in the Brat series Red Ruby as Flora. Born on November 20, 2002 in Kings Mountain, North Carolina, to parents Jen and Tracey Shipman, she is the oldest of four children and the only daughter. Shipman began working with a talent agency when she was just five years old and was a recurring sketch player on Saturday Night Live beginning in 2009. She has dated Logan Patrick and Andrew Fletcher. 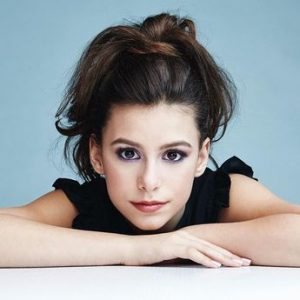 Madisyn Shipman Facts:
*She was born on November 20, 2002 in Kings Mountain, North Carolina, USA.
*She is the eldest of four children with three younger brothers, Sawyer, Caden and Jesse.
*She has also been writing songs and playing guitar since she was eight.
*She starred as Kenzie Bell on the Nickelodeon series Game Shakers.
*She has been appeared in commercials for Berkeley College, Kodak, Kleenex, Blue Cross Blue Shield, My Little Pony and more.
*Follow her on Twitter, Facebook and Instagram.