Gilbert Arenas is a retired American professional basketball player who last played for the Shanghai Sharks of the Chinese Basketball Association. He also played for the Golden State Warriors from 2001 to 2002 and the Washington Wizards from 2003 to 2010. He is a three-time NBA All-Star, three-time member of the All-NBA Teams, and was voted the NBA Most Improved Player in the 2002–03 season. Born Gilbert Jay Arenas Jr. on January 6, 1982 in Tampa, Florida, to parents Gilbert Arenas Sr. and Mary Francis Robinson, he played basketball at Ulysses S. Grant High School. He was selected by the Golden State Warriors in the second Round (31st pick) of the 2001 NBA Draft. He has four children with Laura Govan, whom he dated from 2002 until 2014. 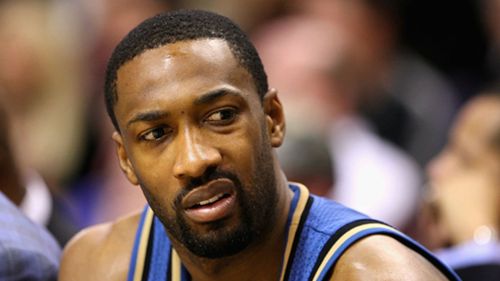 Gilbert Arenas Facts:
*He was born on January 6, 1982 in Tampa, Florida, USA.
*He attended Grant High School in Van Nuys, CA.
*He played basketball at the University of Arizona.
*He was suspended for most of the 2009 to 2010 seasons for handgun violations.
*Visit his official website: www.gilbertarenas.com
*Follow him on Twitter.